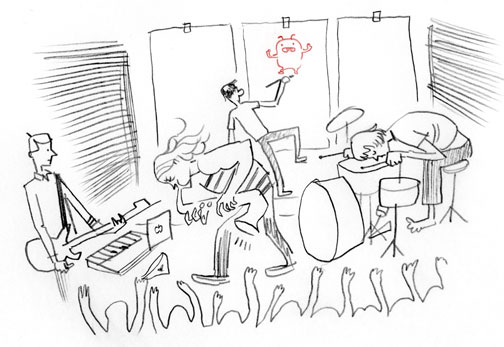 Portlanders, I’ll be missing the Stumptown Comics Fest event, because I’m joining my
Menomena buddies on tour in Europe. If you live in Paris, Brussels, Amsterdam, Milan,
or Barcelona — there’s a chance we can meet.

If everything goes according to plan, I’ll be scrawling huge drawings on stage while Menomena rocks.
This happened once before with Tracker and the Blankets soundtrack and it seemed to work,
but I’ve no photos to prove this event exists. (Andy Wong, do you?)
Here’s the promotional poster however. 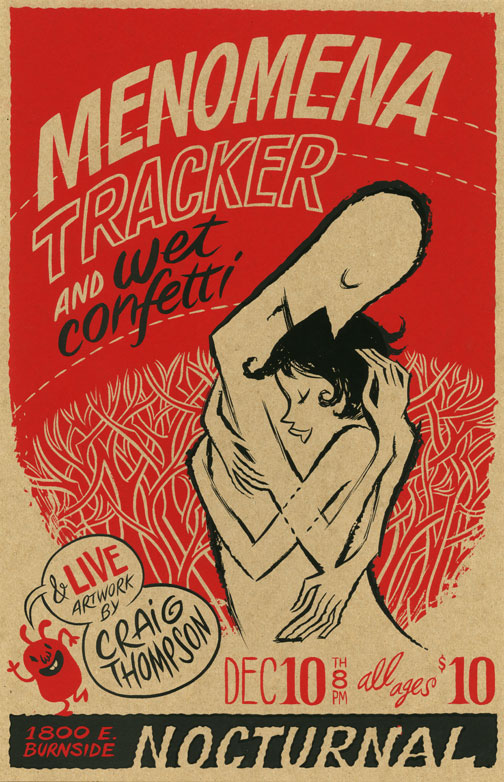 We’re not promoting myself on the upcoming Menomena bills, because I’ve no clue of the layout
of these Euro clubs. If the space suits it, you’ll find me drawing on stage ~ otherwise I’ll be
dancing along in the audience and signing posters at the merch table. 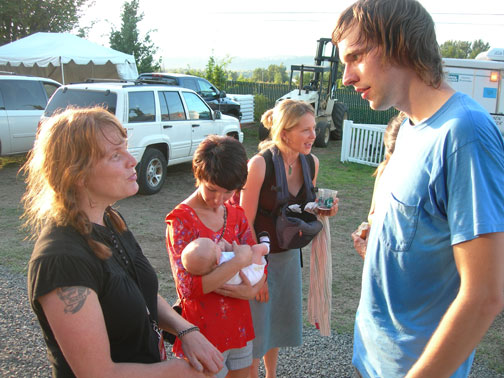 Here’s world-renown illustrator Carson Ellis and Danny from Menomena backstage at
the recent Decemberists/Menomena show at the Portland Edgefield.