We’re past due for a blog update, so I thought I’d mention the release of the Traditional Chinese edition of BLANKETS.
My Taiwanese publisher Reading Times concocted a fancy animated “trailer” at their site.
Here’s a peek of their cover designs, splitting the book into two volumes. 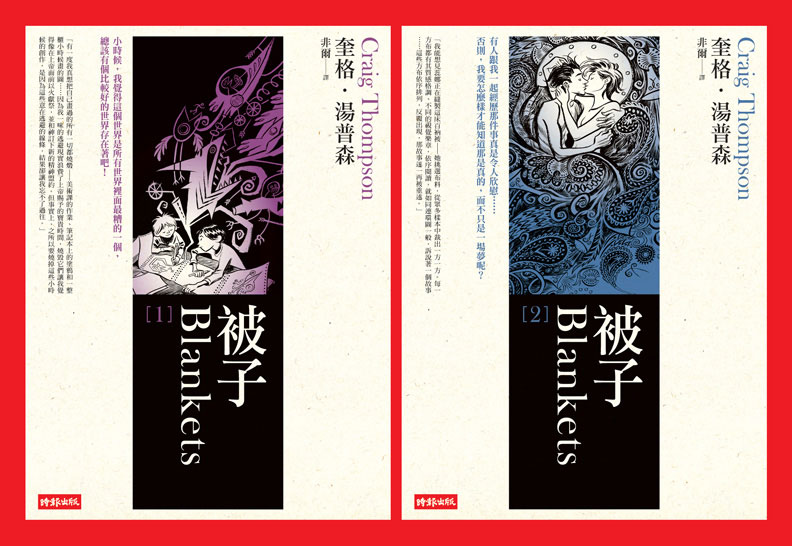 And here’s my preface. 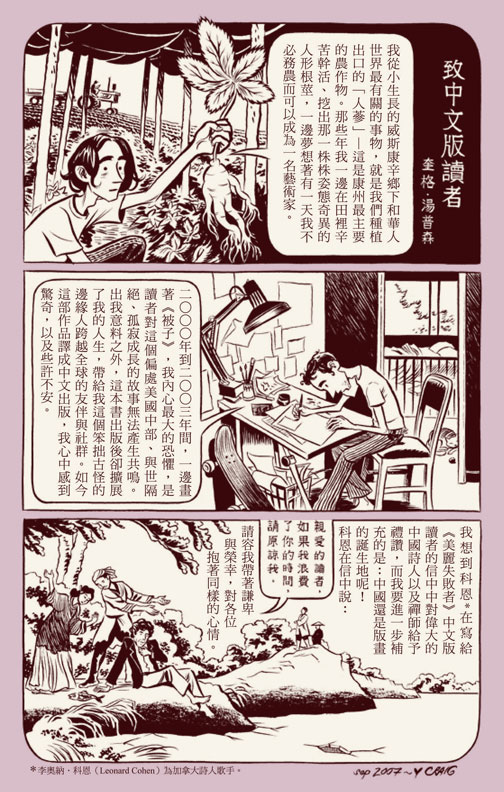 It reads: “The closest that the rural Wisconsin town I grew up in got to China was the ginseng crops we exported — the principal agriculture of the region. During the years toiling in the fields, digging up the strangely humanoid ginseng roots, I dreamt of a day I could live as an artist rather than a farmhand. While drawing BLANKETS between 2000 and 2003, my main fear was that readers wouldn’t relate to this insular story of an isolated upbringing in the middle of America. Instead, the book has extended my boundaries — brought this awkward outcast a community across the world. Today it boggles my mind to see this work being translated into Chinese. I’m reminded of Leonard Cohen’s forward to the Chinese edition of BEAUTIFUL LOSERS. He acknowledges the great Chinese poets and zen teachers. To that, I add that China was the womb from which printmaking was born. Cohen says, ‘Dear Reader, please forgive me if I have wasted your time.’ With humility and honor, I echo that sentiment to you.”