One last SPACE DUMPLINS event on the docket: Free Comic Book Day at the Federal Bar in North Hollywood, Saturday, May 7th. This is a fundraiser for LA Children’s Hospital, LA+USC Children’s Hospital, City of Hope Children’s Cancer Unit and Elizabeth’s Canvas organized by Blastoff Comics.
After that, I’m moving on from “all-ages” to work again on “serious”, “literary”, “adult” “graphic novels”.
In the meantime, the release valve for my silly, cartoony energies is a platform of spontaneous, collaborative animations cooked up with my little brother, Phil, called TRACTORBEAMS. Check out the soft launch at instagram and tractorbeams.tv.  (“TV”, not “.com”… couldn’t get that one.) 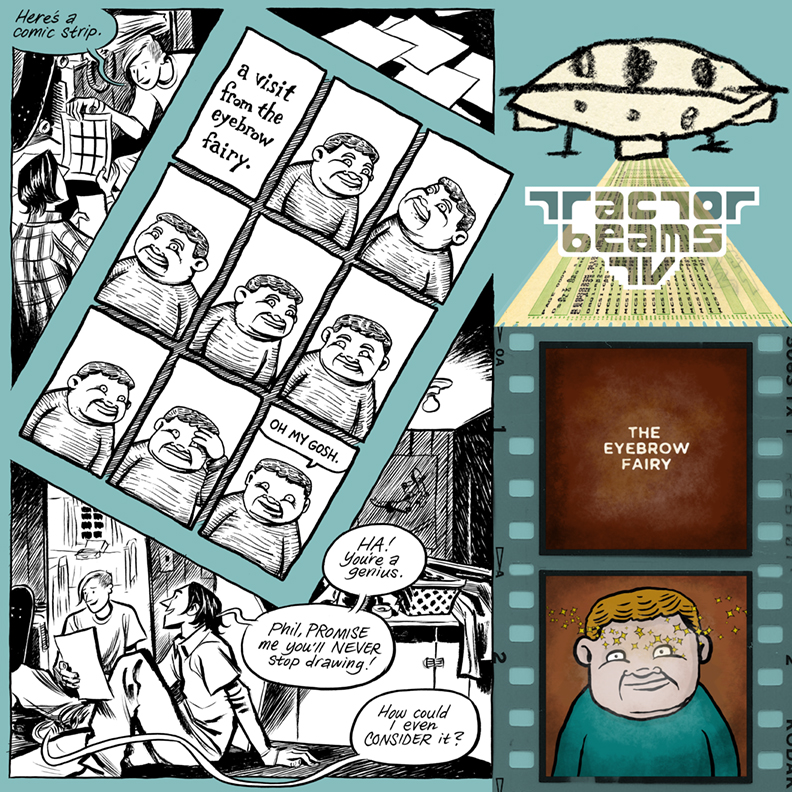 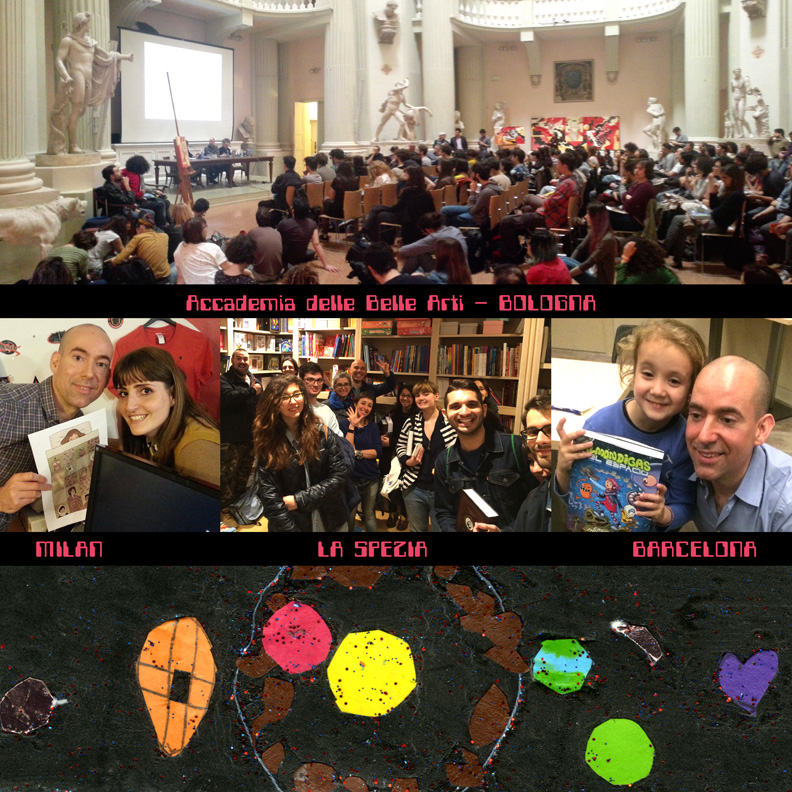 Thank you to everyone who made it to the events in France, Belgium, Germany, UK, Corsica, Italy, and Spain. Over 22 cities in 45 days. Promotional tour is complete; Now it’s time to push my baby from the nest and let it fly on its own. More importantly, time to get started on something new. 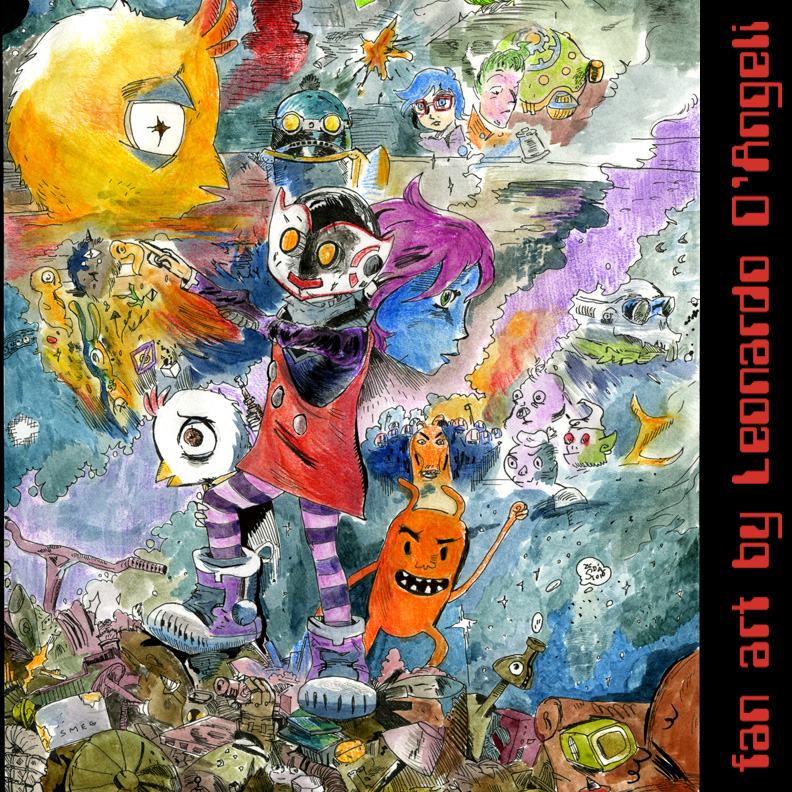 Thank you, too, for the piles of great fan art. Here’s a couple of samples: Leonardo D’Angeli (above) and Mar Mascaró (below). Oh, and at the very top, Veronica Carratello in Milan and Inigo from Bilbao. 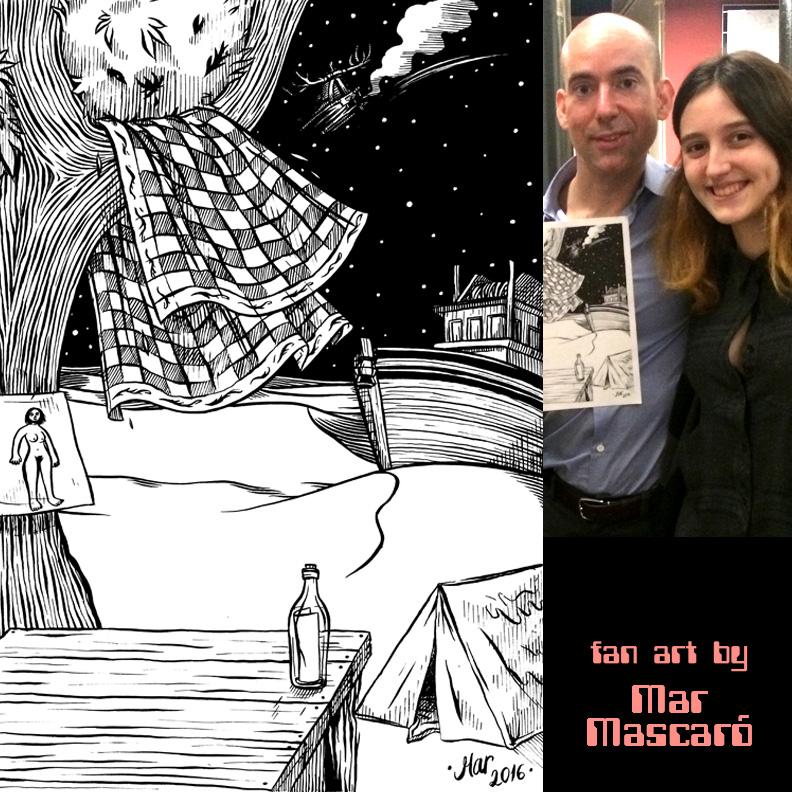 Grazie to all the fans who made it to the Italian events, which wrapped last night in La Spezia.
See below, tour dates for this week in SPAIN. 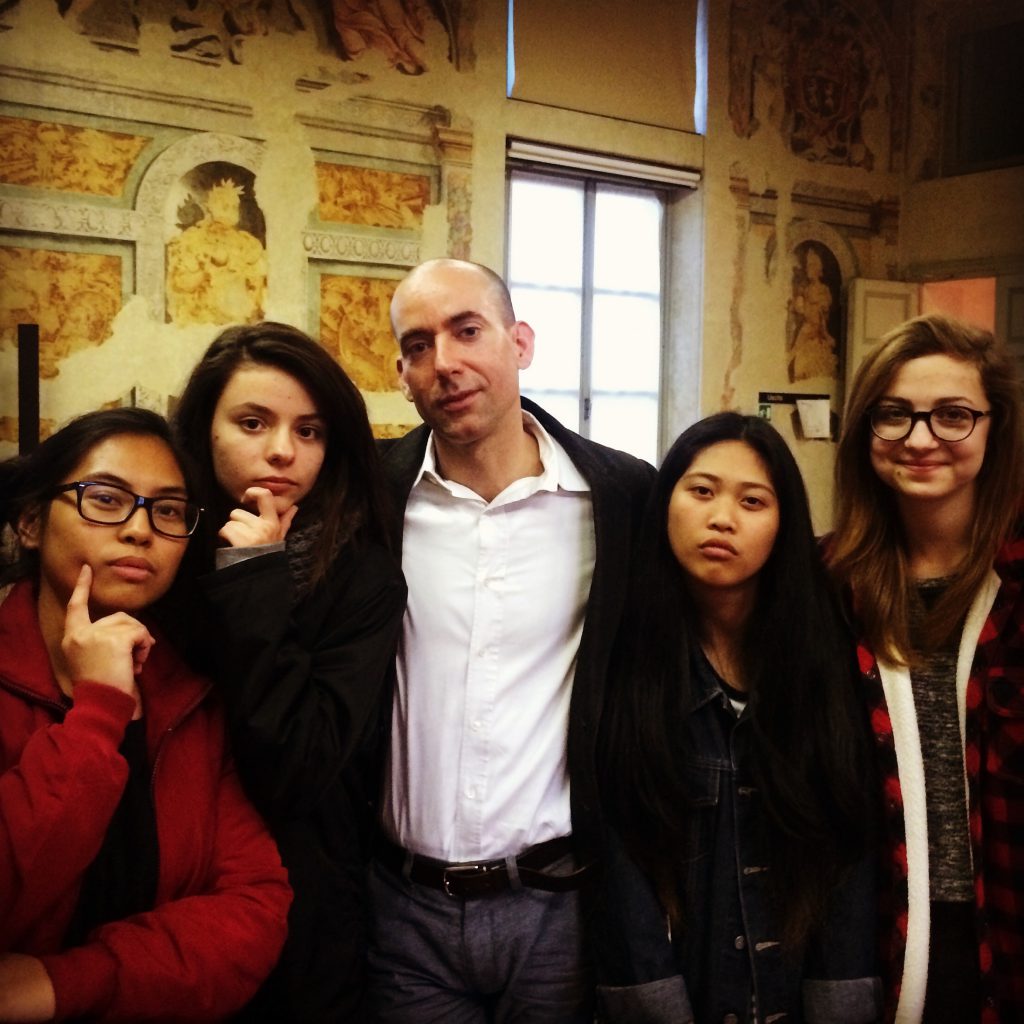 Photo of Jannel, Anna, Chiara, Giulia (Emma not present?) my stage interviewers at the talk in Mantova at Sala Deli Stemmi (in cooperation with Festivalletteratura di Mantova).

Currently stationed at the beautiful Bastia BD festival in Corsica through Sunday the 3rd.
Here’s updates for my POLPETTE SPAZIALI tour in Italy. 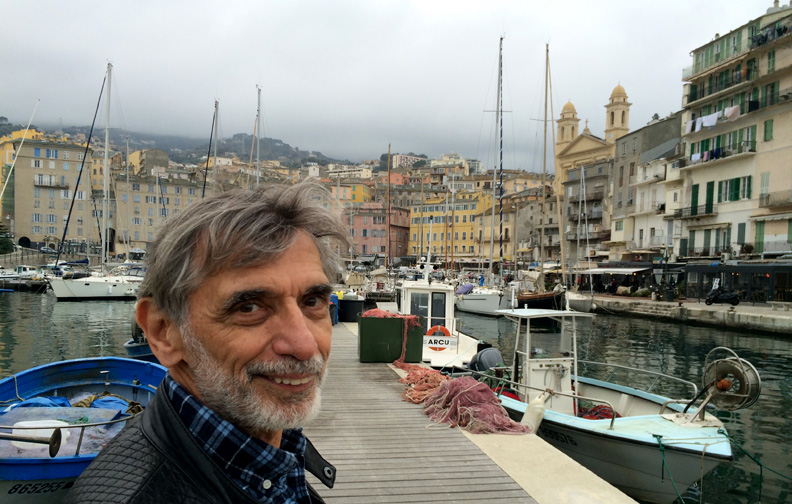 (Photo of my collaborator, Edmond Baudoin, in Bastia)

Merci to all who made it to my French events, including Lyon, Annecy, Grenoble, and Paris. Pictured, the bustle of Salon du Livre in Paris and the spring-time bliss of Annecy, overlaid with Zacchaeus fan art by soon-to-be-eleven-year-old Alanis (Lyon).

Danke schön to my German publisher Reprodukt (along with the organizers, performers, and moderators) for hosting amazing events in beautiful spaces, like the Library Luisenbad in Berlin. 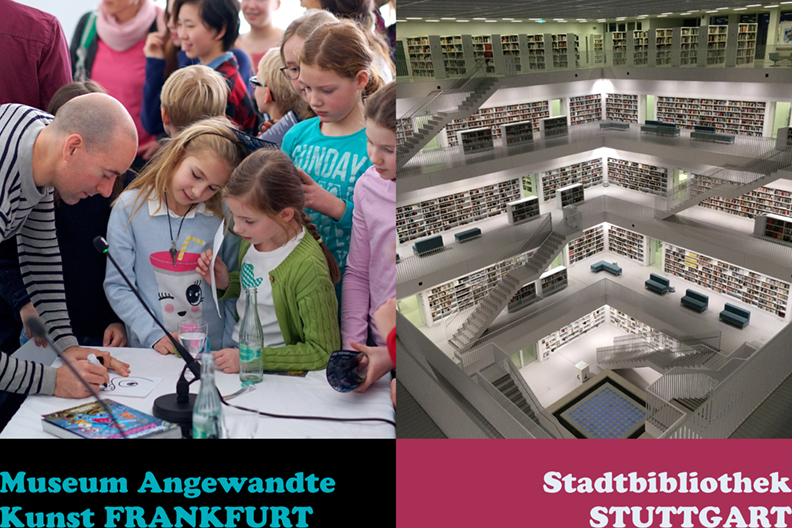 Pictured above, young fans at Museum Angewandte Kunst – the Applied Arts museum designed by Richard Meier (known for the Getty in my current hometown LA). The museum was kind enough to host a daytime event for kids, and an evening lecture for adults.  (Photo from Heiko Schmelz.) And then the impressive nine-story City Library in Stuttgart, where we did an evening lecture. Next stop, France!

One week into Euro tour, my schedule is packed but flowing smoothly. SOLD OUT at our first event for the Dutch edition in Leuven, Belgium.  Gummi schlümpfe by candlelight and illuminated store poster in Berlin. Some tour events (especially Italy) are still evolving, so keep an eye here for updates. 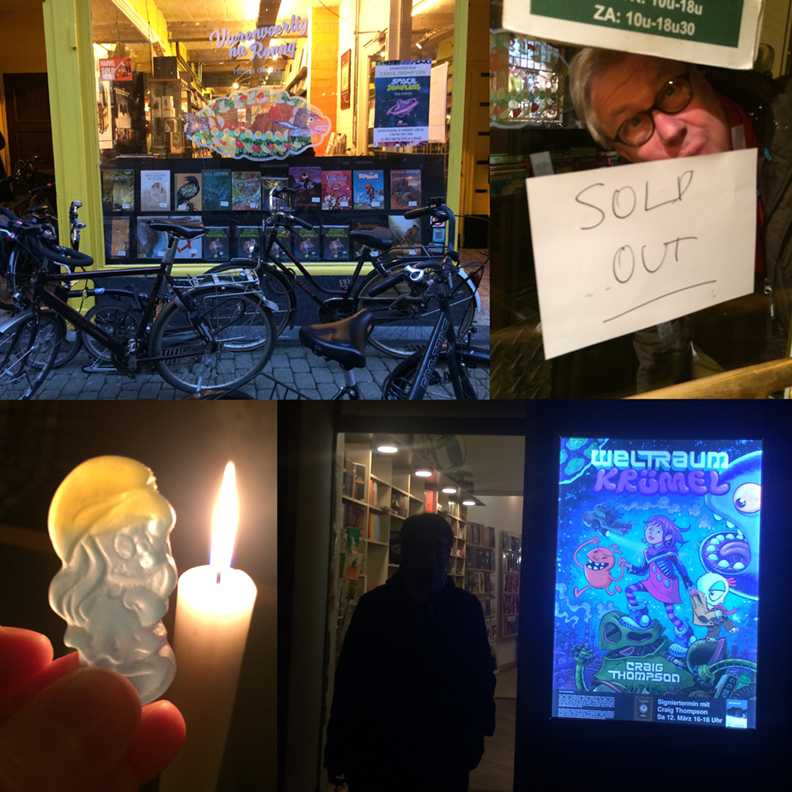 Thanks for your patience. Finally, here are the dates for my European book tour,
March 5th thru April 17th, 2016. Check in locally, as some details may evolve… 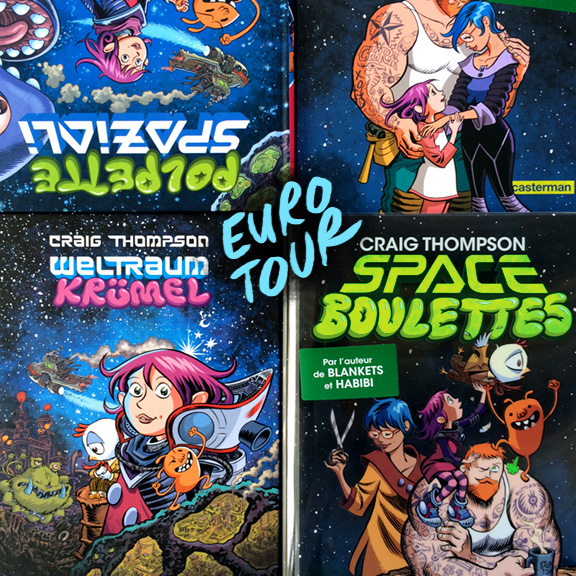 This snow sculpture of Radcliffe perfectly merges SPACE DUMPLINS with BLANKETS and CARNET DE VOYAGE. The sculpting is courtesy my friends and translators, who hosted me at that chalet in Argientières in the French Alps in 2004. (Thank you, Laetitia, Frédéric, Anne-Julia, Walter, and kids!) 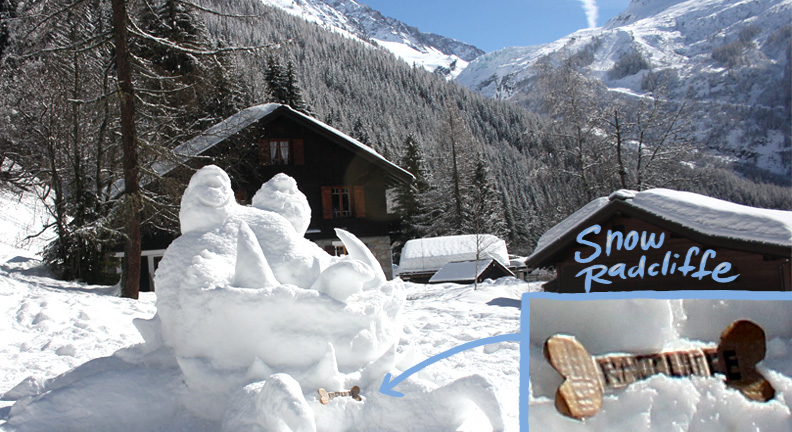 In less than a week, I leave for a 6 week book tour in Europe. Details coming soon! 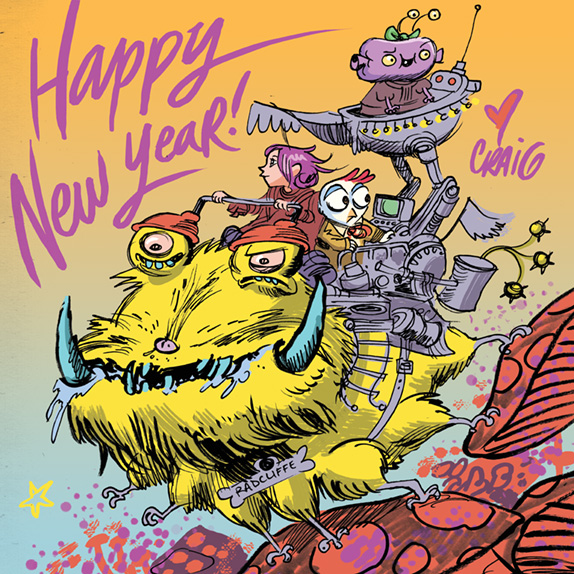 HAPPY NEW YEAR, Dear Readers! Thanks again for supporting the debut of SPACE DUMPLINS! Not yet sure what projects are forecast for 2016… been tinkering with a sequel to DUMPLINS… gathered two months of travel drawings & notes with Edmond Baudoin… and scheming of collaborative animations with my little brother, Phil from BLANKETS! More soon! Hugs, Craig