Hectic week is distracting me from updating. But here’s a little sumtin’…

A glimpse of my thumbnail process. I draw the entire book in this loose ballpoint pen format and edit, before ever starting the final pages. BLANKETS was thumbnailed for a year. The first page of final art was drawn August 24th, 2000.

These thumbnails were sketched out on February 19th, 2000. They’re finalized counterparts were inked on May 25th, 2002. 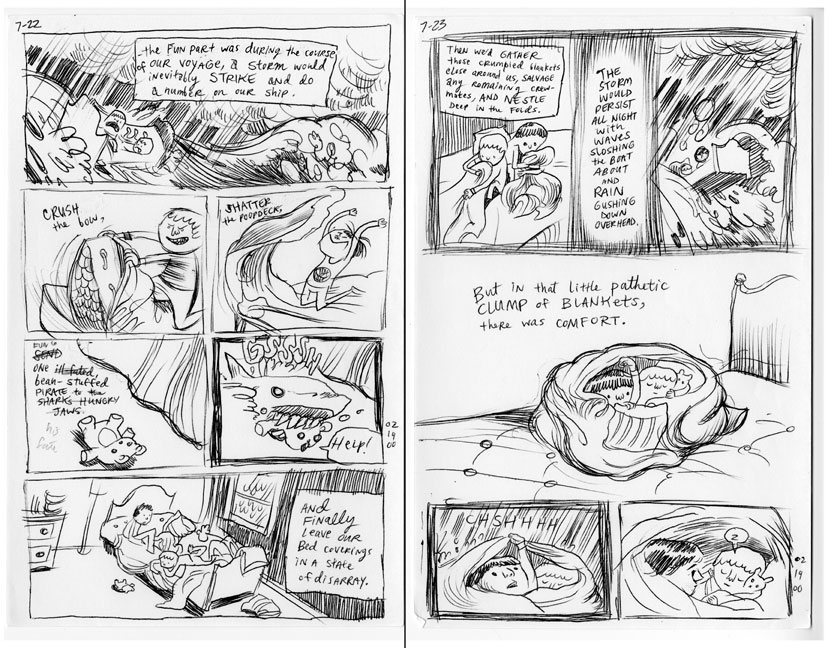 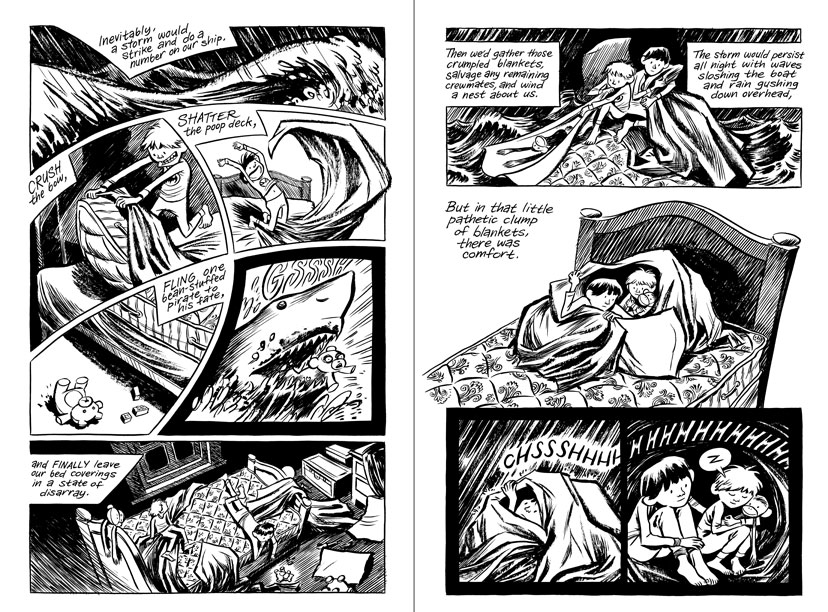 On the back of my final pages, I keep a brief journal —

This one mentions the bill-paying work I was about to throw myself into — two covers of NICKELODEON and a ten page comic for Dark Horse. For the record, I didn’t ink the next page of BLANKETS until June 18th, 2002, nearly a month later.

As for HABIBI, I spent late 2004 until late 2006 editing and rewriting the ballpoint pen version.