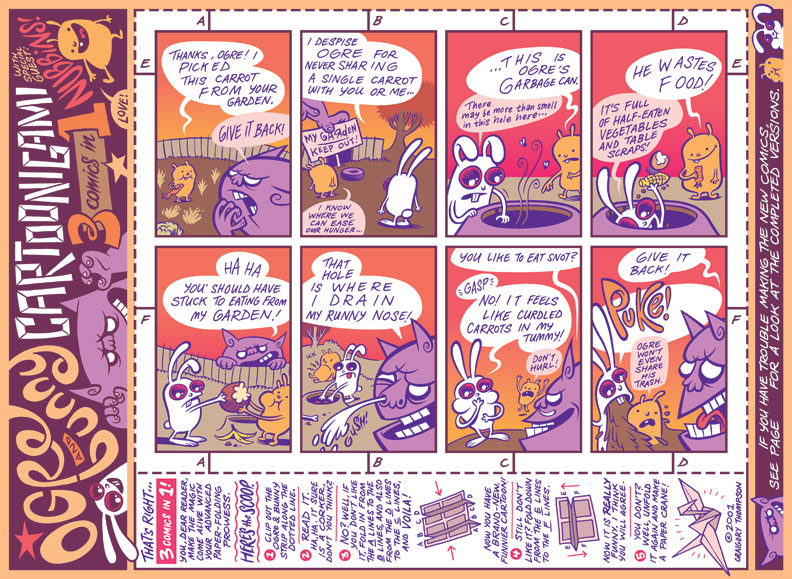 It might be old news to those in the industry, but I wanted to acknowledge the great loss of NICKELODEON magazine, especially the
COMIC BOOK insert. It was one of this generation’s best forums for cartoonists – publishing everyone from Laura Park to Art Spiegelman!
– and providing them with a living wage (though Art was probably doing fine on his own).
I’m greatly indebted to editors Chris Duffy and Dave Roman for being great bosses and pals, for financially fueling the production of both
CHUNKY RICE and BLANKETS, and for indoctrinating the youth into the medium of comics.
Plus they let me get away with bizarre and tasteless strips like this CARTOONIGAMI strip above. (published eight years ago!)
CARTOONIGAMI is sort of like a MAD FOLD-IN, only I stole the idea from Lewis Trondheim and his OuBaPo experimentations
— a comic strip which, when folded, transforms into two entirely different gags.