Happy New Year, Everyone! My apologies for neglecting to post in January. Mostly I was bummed out to not be back on the drawing wagon as predicted. All of December and January were spent in recovery, including occupational therapy. But I’m reminded that there were similar months of recuperation after BLANKETS tour in 2004 (see CARNET DE VOYAGE).

I was waiting for happy news before posting, and it arrived with February as I’m finally drawing again & starting fresh with a new opening sequence for the book (scrapping most of the pages inked in November).
The happier news is that the incredible Dave Stewart is on board to color SPACE DUMPLINS, infusing the drawings with vibrant atmosphere & volume. Dave and I’ve known each other since 1997 when I worked as a graphic designer at Dark Horse Comics and he was an in-house colorist. He’s best known now for his work on Mike Mignola’s HELLBOY and BRPD (and for winning seven Eisner awards!).
After so many years of working solo, I’m excited to share this element of collaboration with an extremely talented friend.  See below for a peek at the magic Stewart brings to a single panel of the new book. 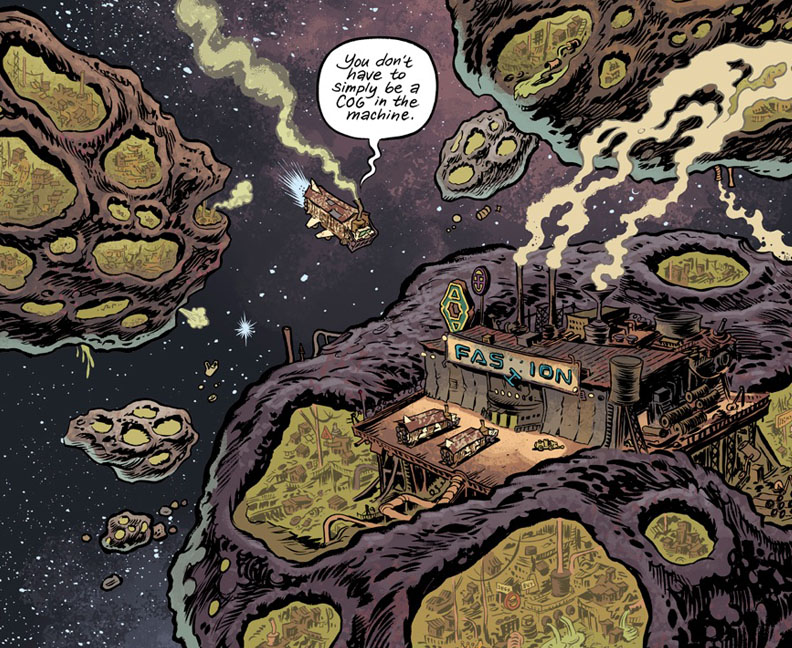 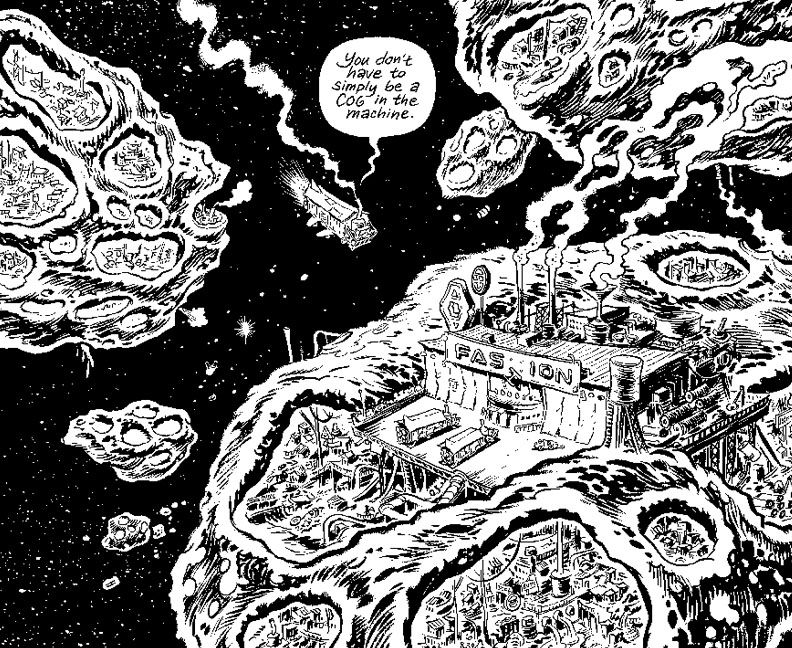