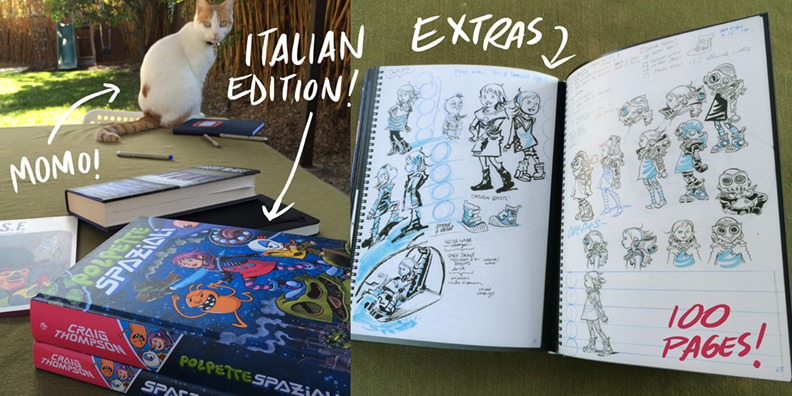 The first translated volume of DUMPLINS, Rizzoli’s POLPETTE SPAZIALI, debuted this past weekend at LUCCA Comics Festival in Italy. It’s 100 pages longer than the US edition, because of extra “making of” material. 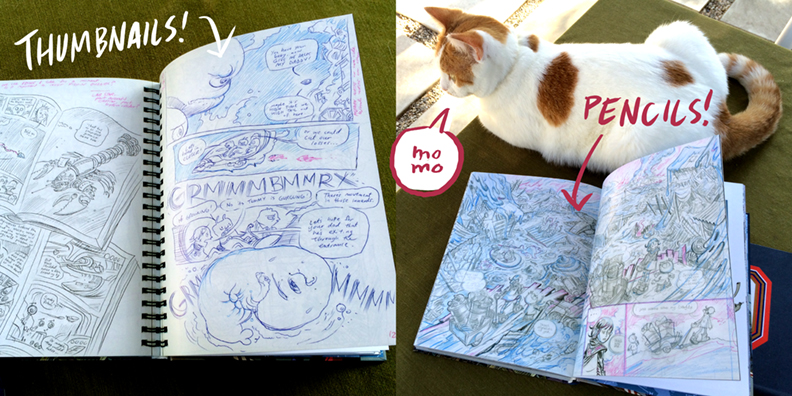 Also, hot-off-the-press is Reprodukt’s gorgeous German edition of WELTRAUMKRÜMEL, in paperback and limited edition hardcover, meticulously hand-lettered, including the sound effects. And soon to be released is Casterman’s French edition of SPACE BOULETTES which will also debut in paperback and special edition hardcover. The latter has an acetate overlay cover, an in-depth interview, and extra pages of “making of” material. 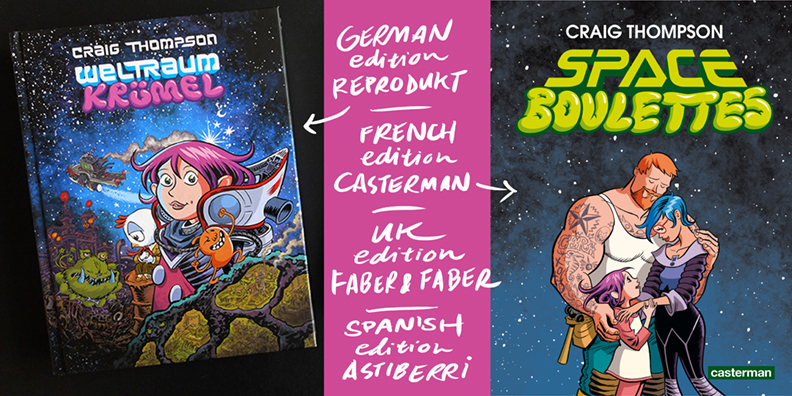 In March & April of 2016, I’ll be in Europe to promote all of these along with Faber & Faber’s UK edition, and Astiberri’s Spanish edition of ALMÓNDIGAS DEL ESPACIO.